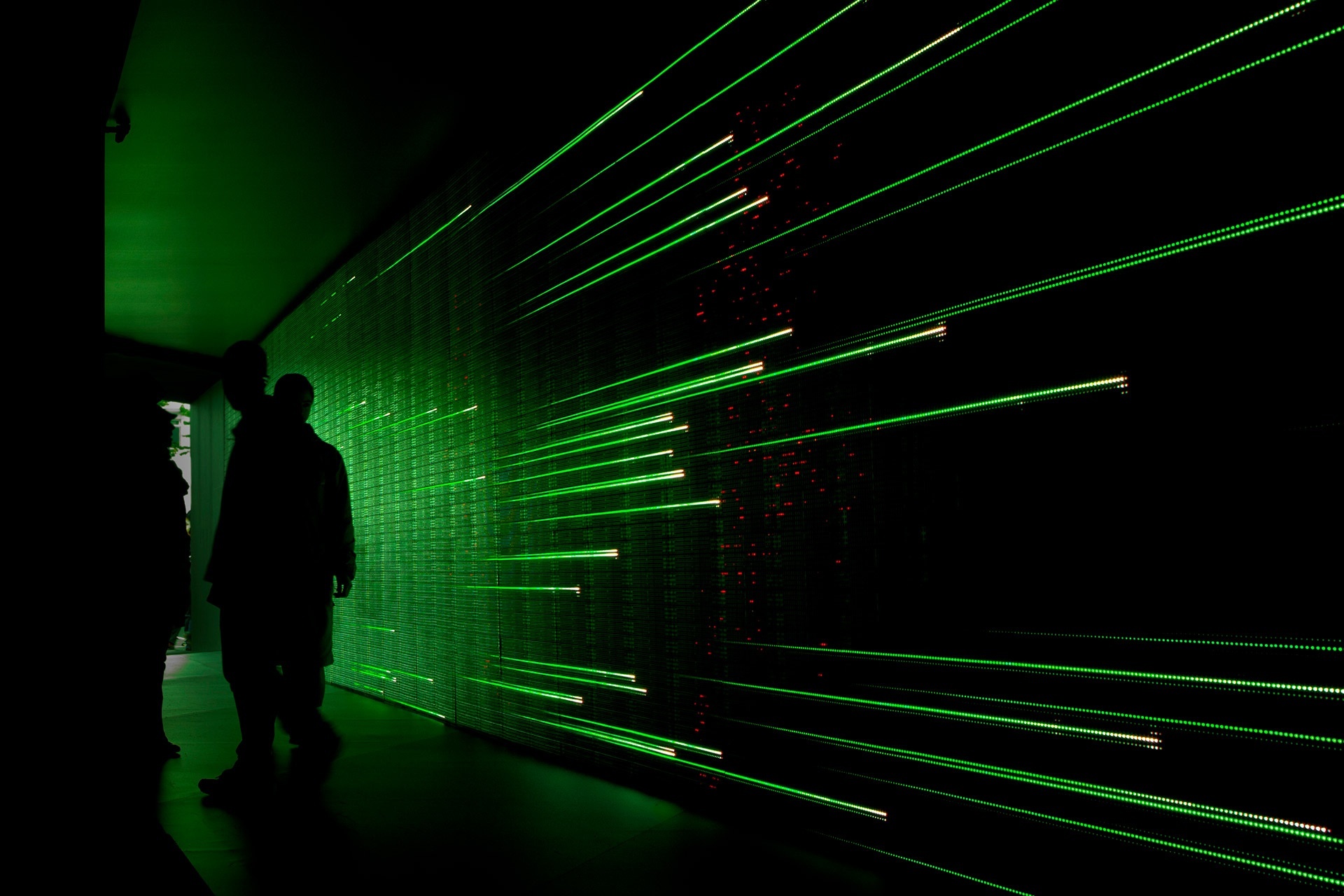 In anticipation of the Olympics, Nike wanted to create a large-scale brand experience to engage a diverse community of fans, athletes, and media reporters at running’s epicenter in Eugene, Oregon, also known as Track Town, USA.

Develop an immersive, speed-inspired playground that embraces competition, sensory experiences, and technological greatness to reinforce Nike as the leader of sport while generating excitement, participation, and publicity on the eve of the Olympics. 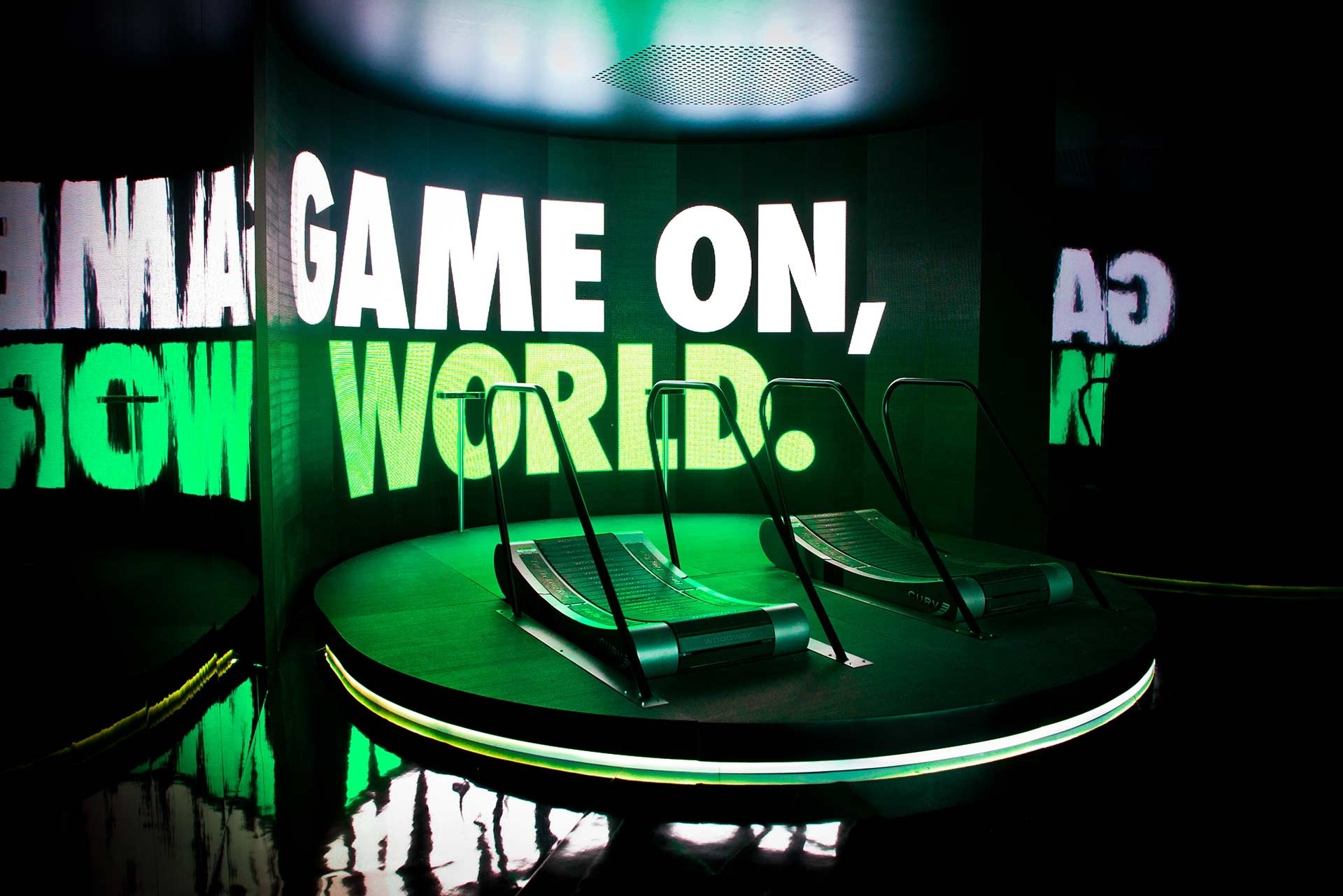 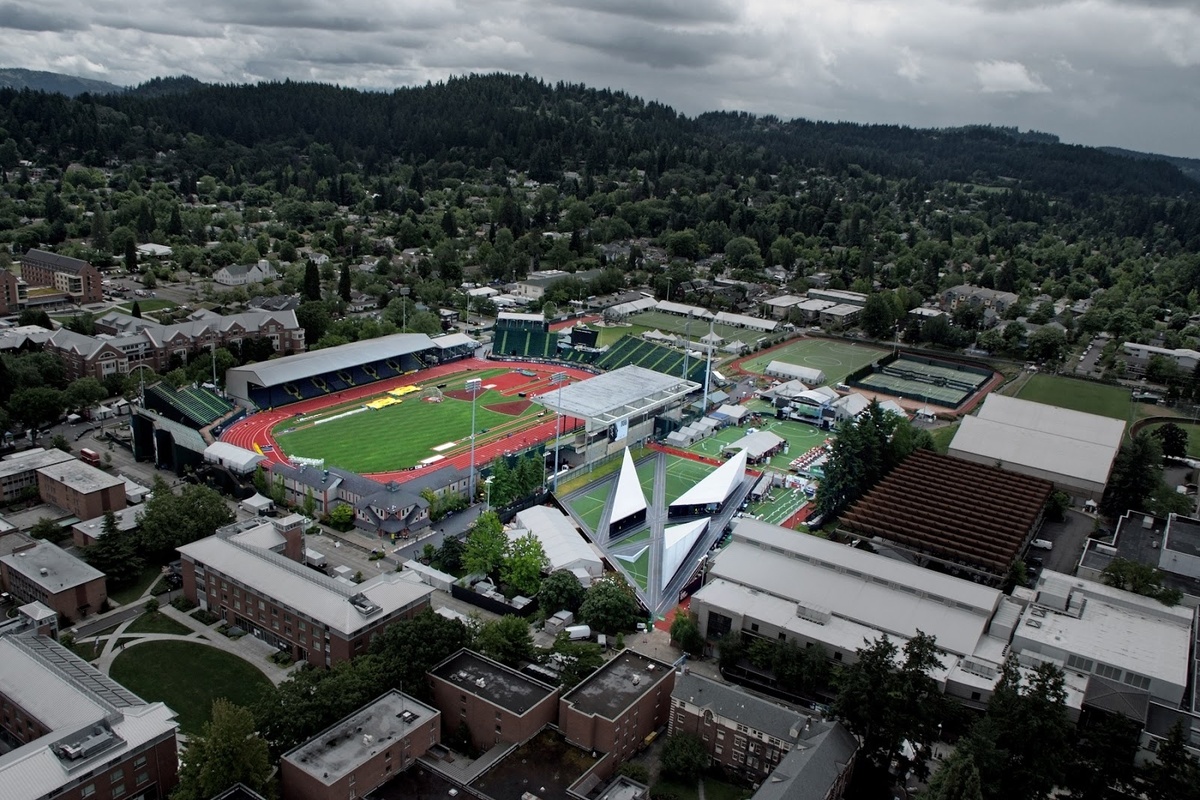 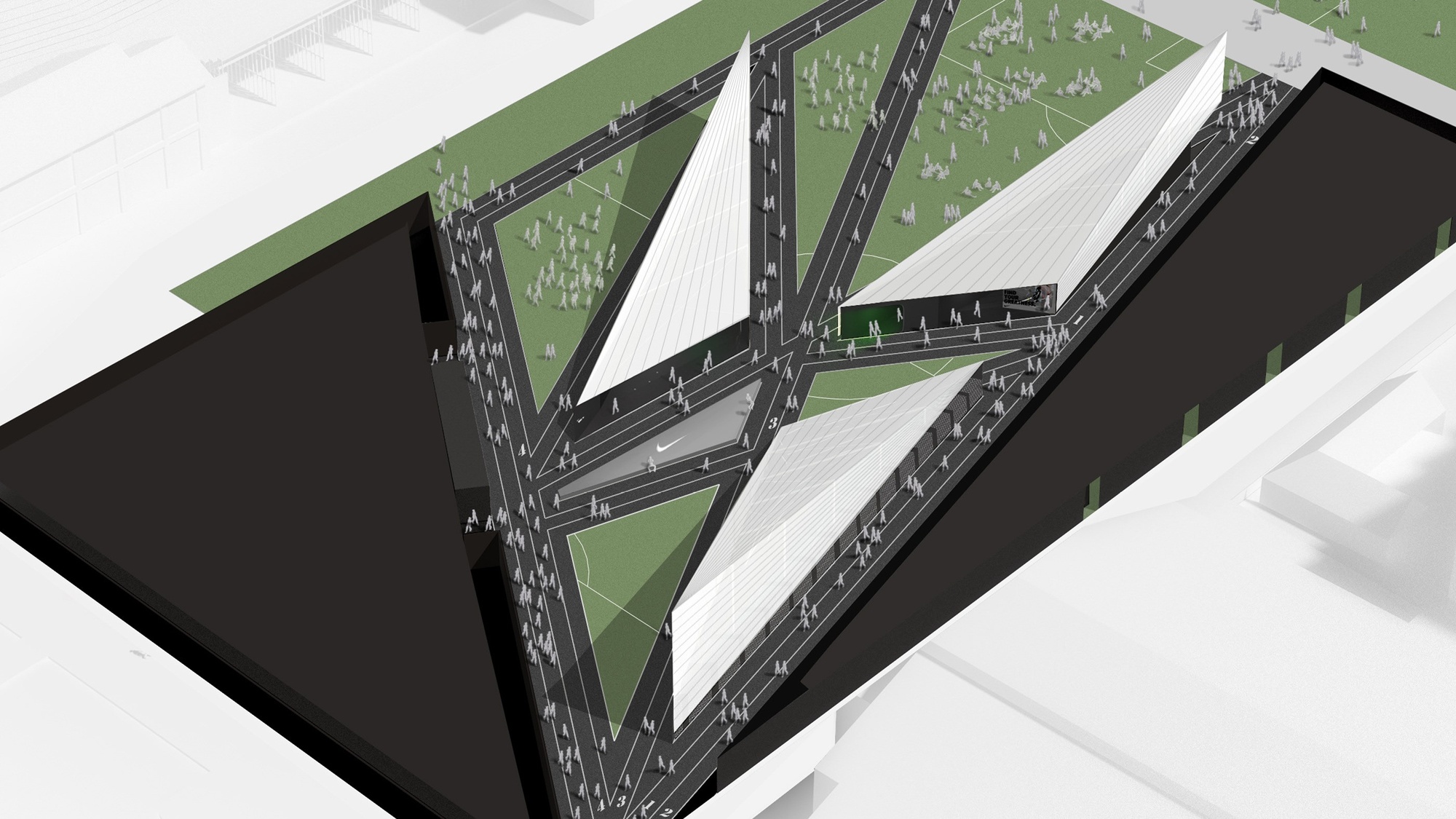 Capturing the Feeling of Fast

In collaboration with Skylab Architecture, we designed a three-part experience that sought to contain the feeling of fast. Visitors were met with a Speed Tunnel punctuated by an end-to-end LED wall and ten channels of spatialized sound all controlled by the real-time movement of athletes running on the adjacent track—triggering unique patterns of light and sound. For those outside of the stadium, this tunnel acted as a digital connection to the adrenaline-inducing events.

Next, visitors were invited to compete against one another on self-powered treadmills. As each 30-second head to head race ensued, the room’s volume would begin to intensify, getting louder as participants ran faster and more of their speed data became visualized. A leaderboard compiled all the data and provided digital awards to those who ran the fastest.

To understand Nike’s speed-driven community of runners, our team built a real-time data visualization mapping all Nike runners in the Eugene area. We used the Nike Running Club platform to source the data. The map displayed every run recorded throughout the day, spotlighting the fastest runners as they made their way through key zones of the city. This sparked competition among runners and prompted them to check their score and ranking at the Camp Victory experience. 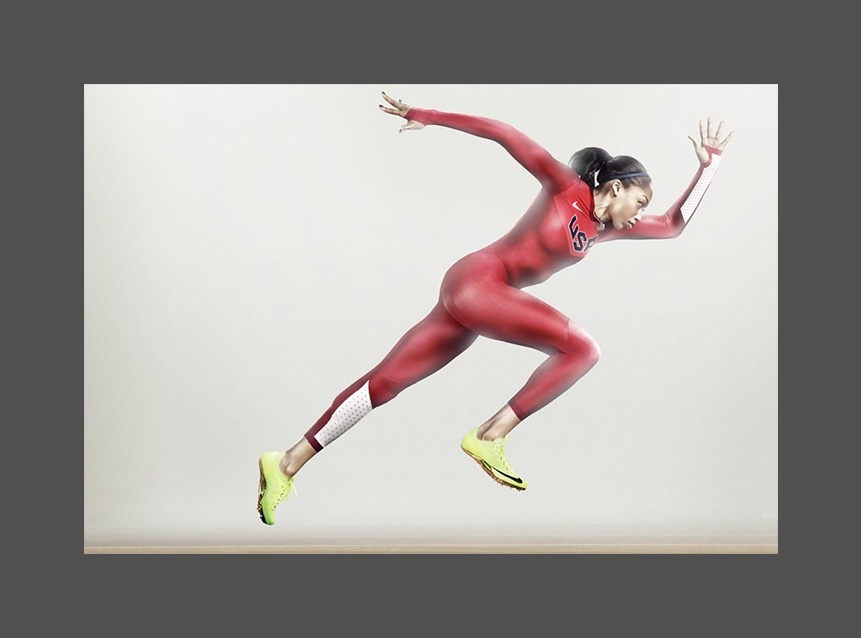 Research was an integral part of our team’s process for this project. We deployed a variety of experimental, technology-infused design techniques to better understand the shape, sound and materiality of fast. We attempted to design without preferencing a particular sense. By using creative technologies to investigate the moving body’s effects on sound, data and the physical vectors of motion, we were able to develop an authentic experience based on real-world observations of elite athleticism. 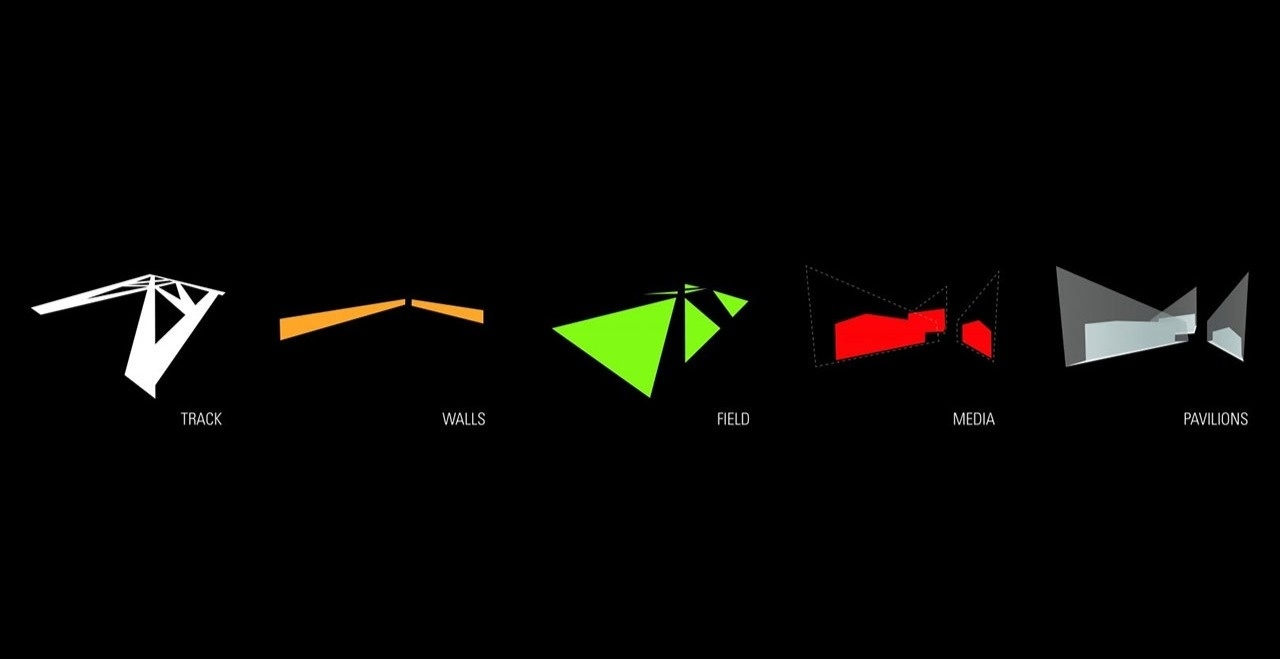 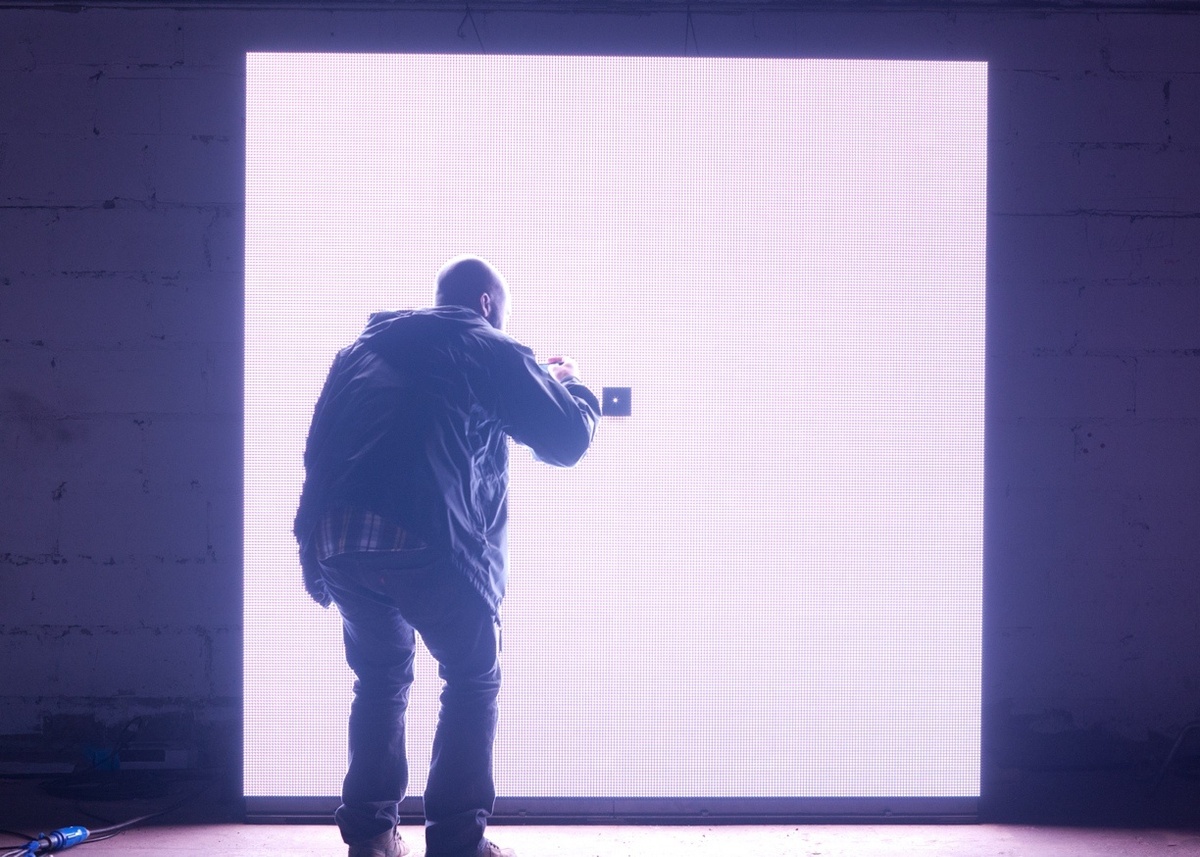 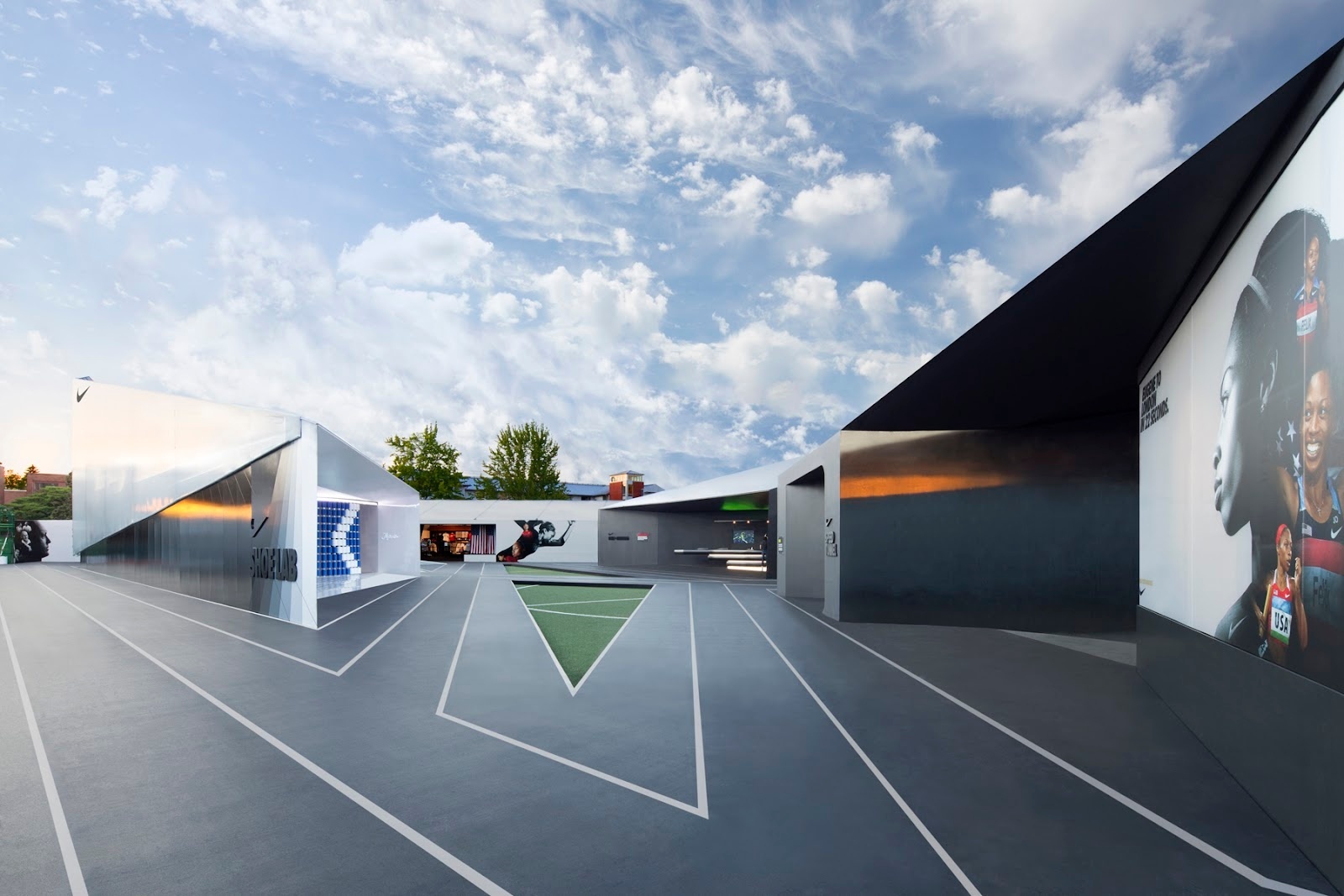 Camp Victory was a huge success, reaching thousands of everyday athletes and cultivating connections between participants, the Nike brand, and the world’s most accomplished pros. The experience tapped into the running community’s obsession with sport and never-ending drive to set new records. 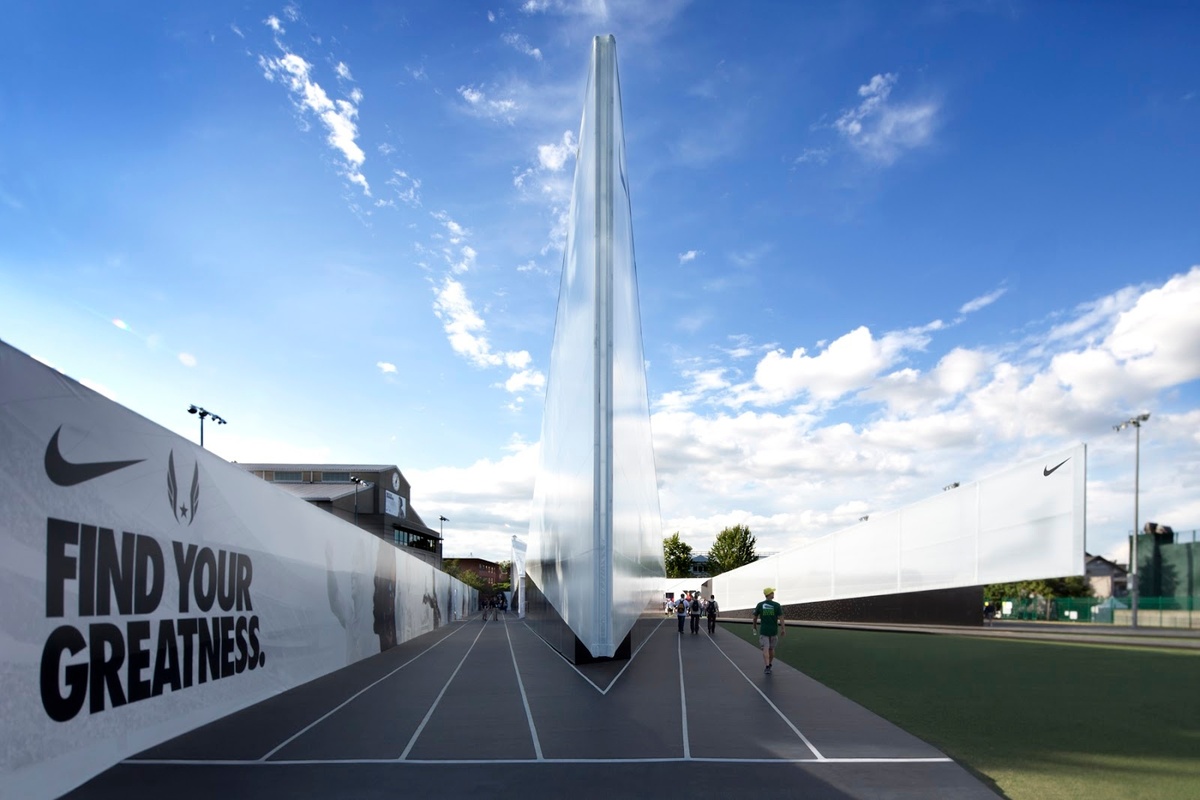 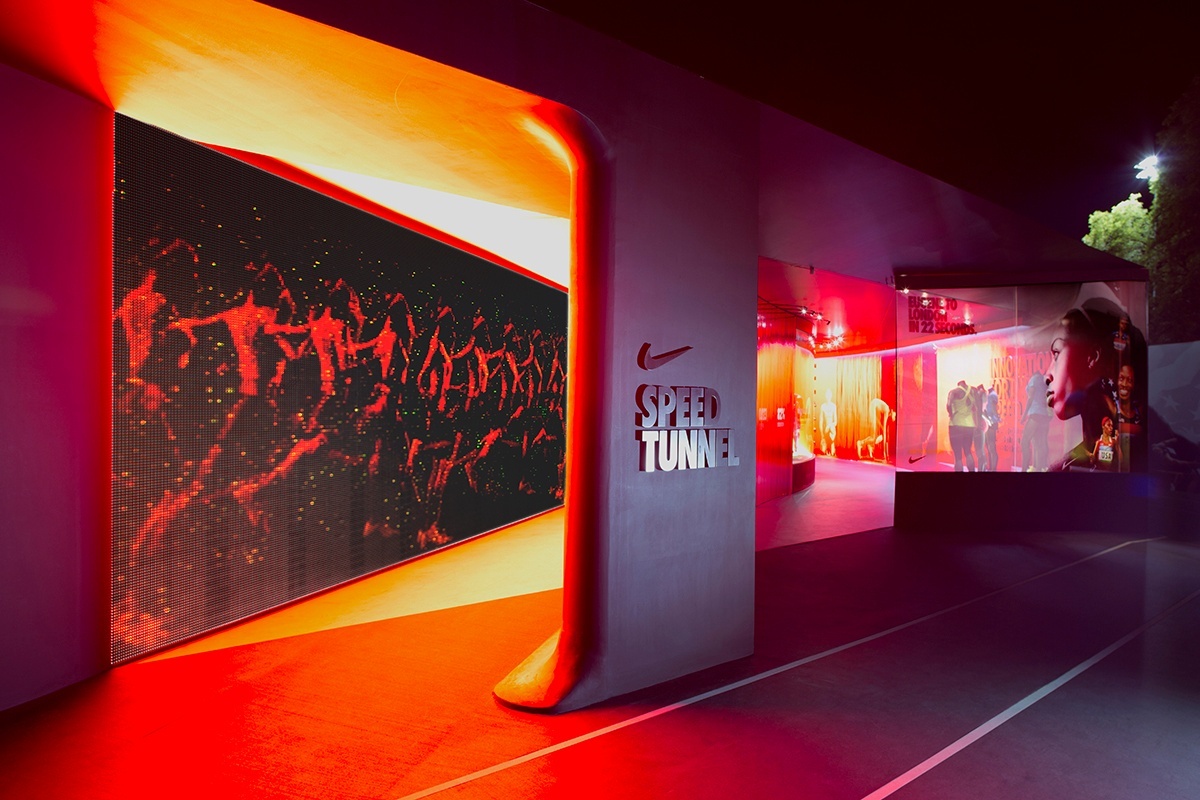 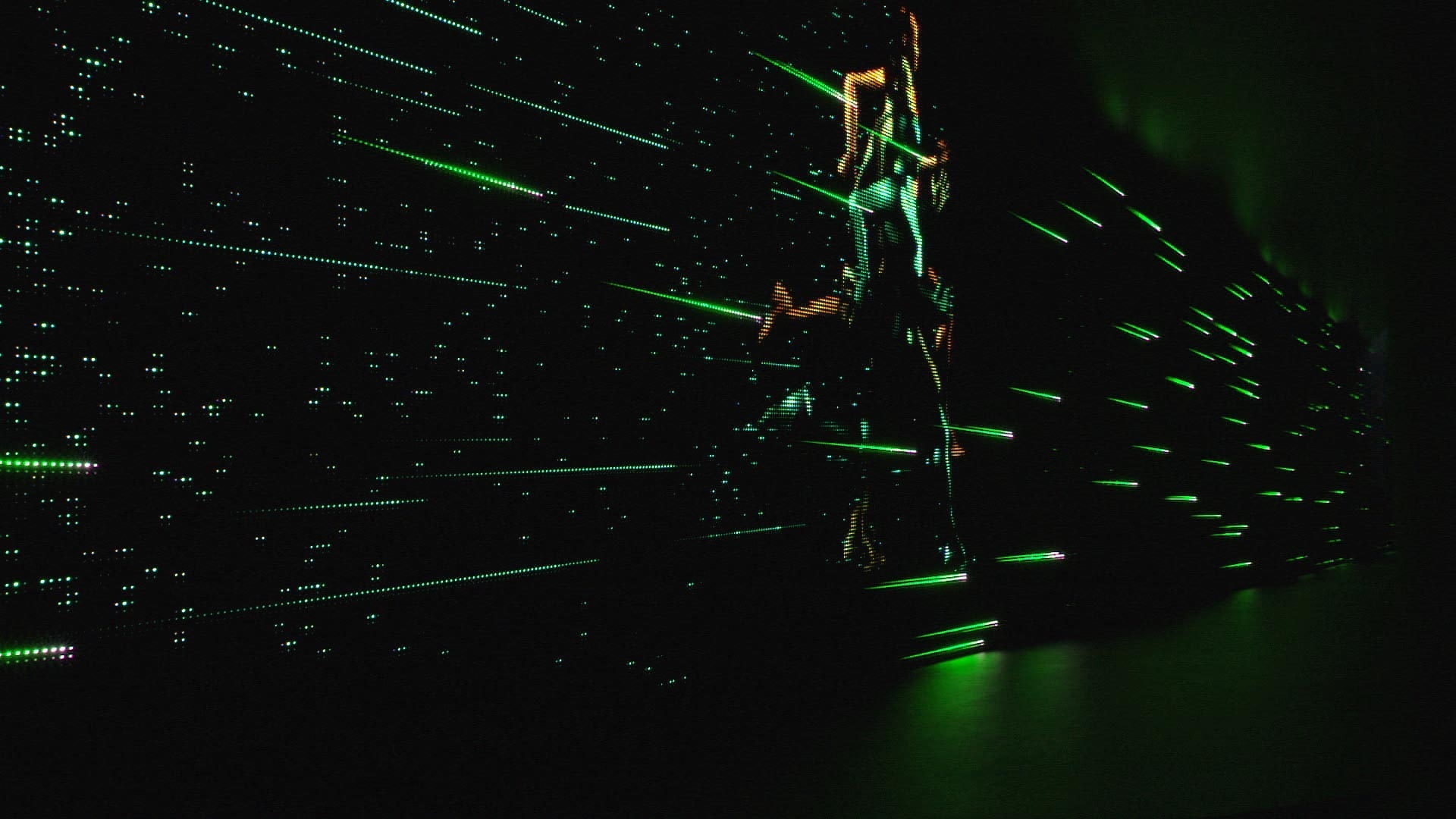 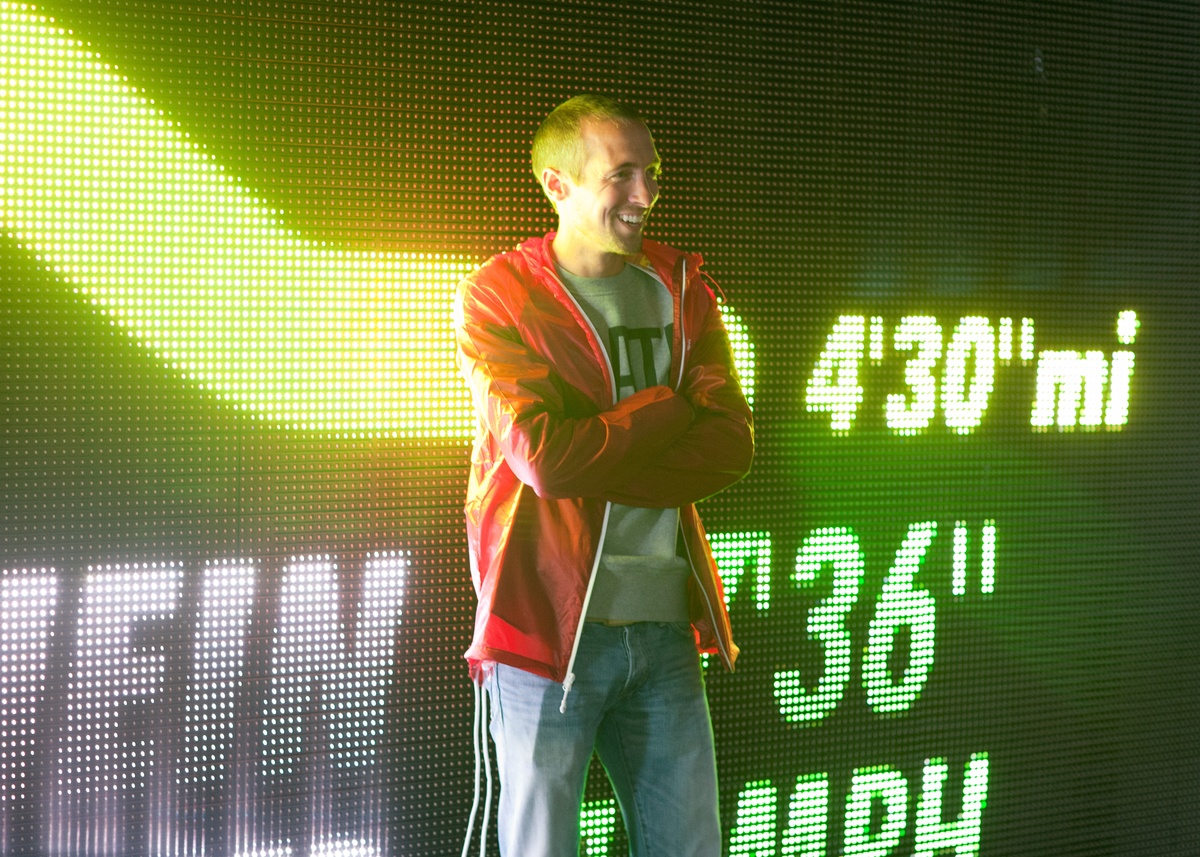 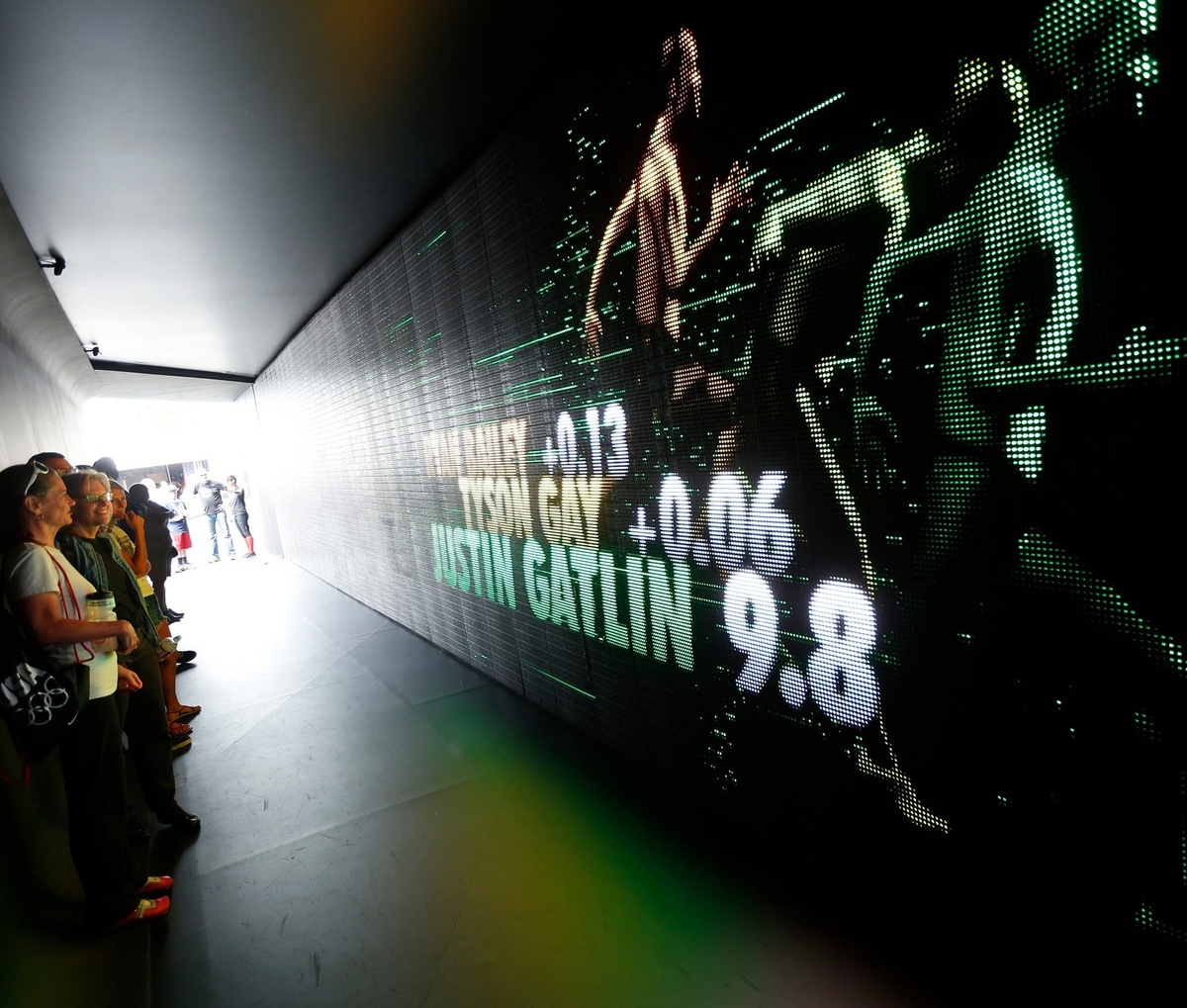 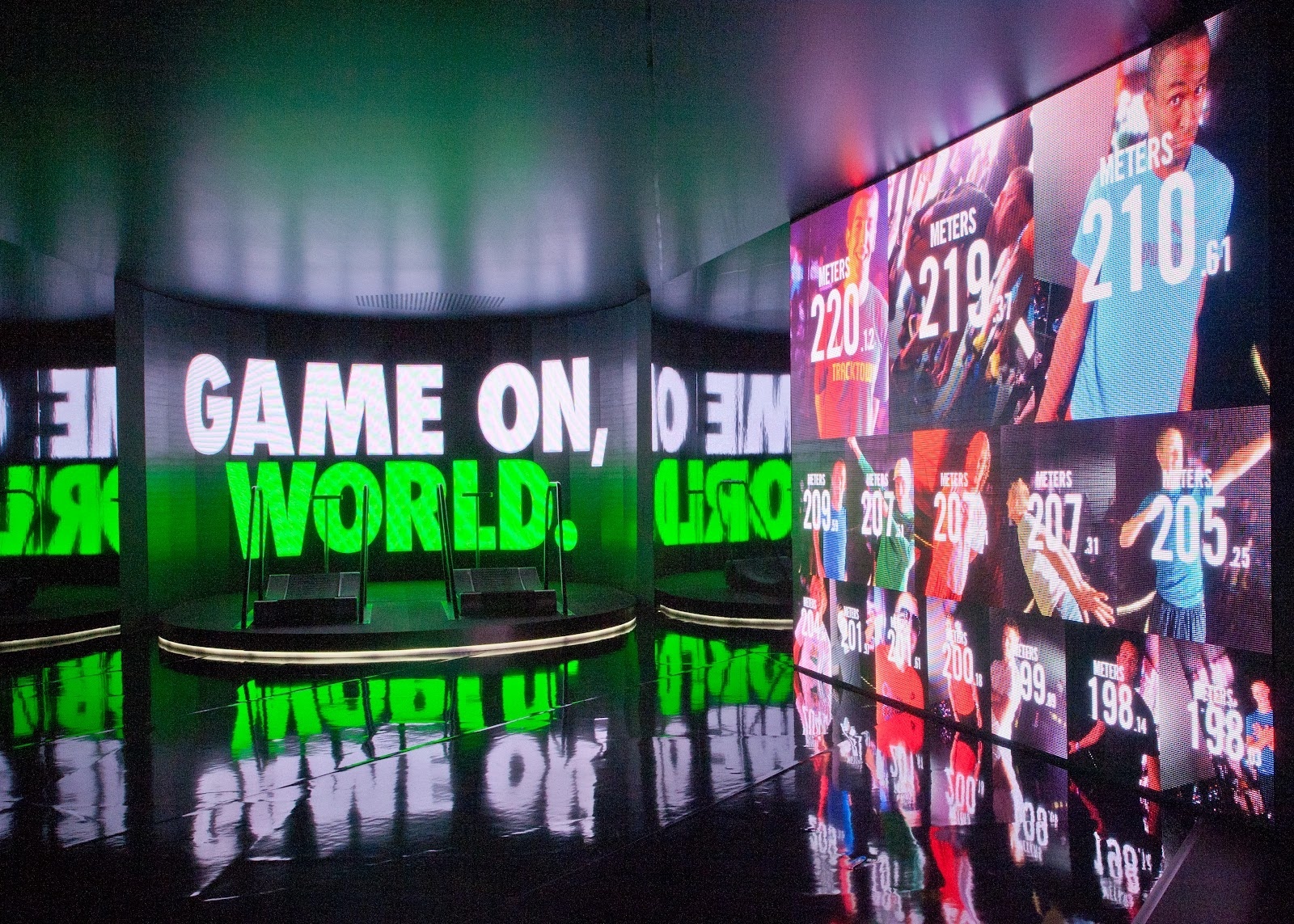 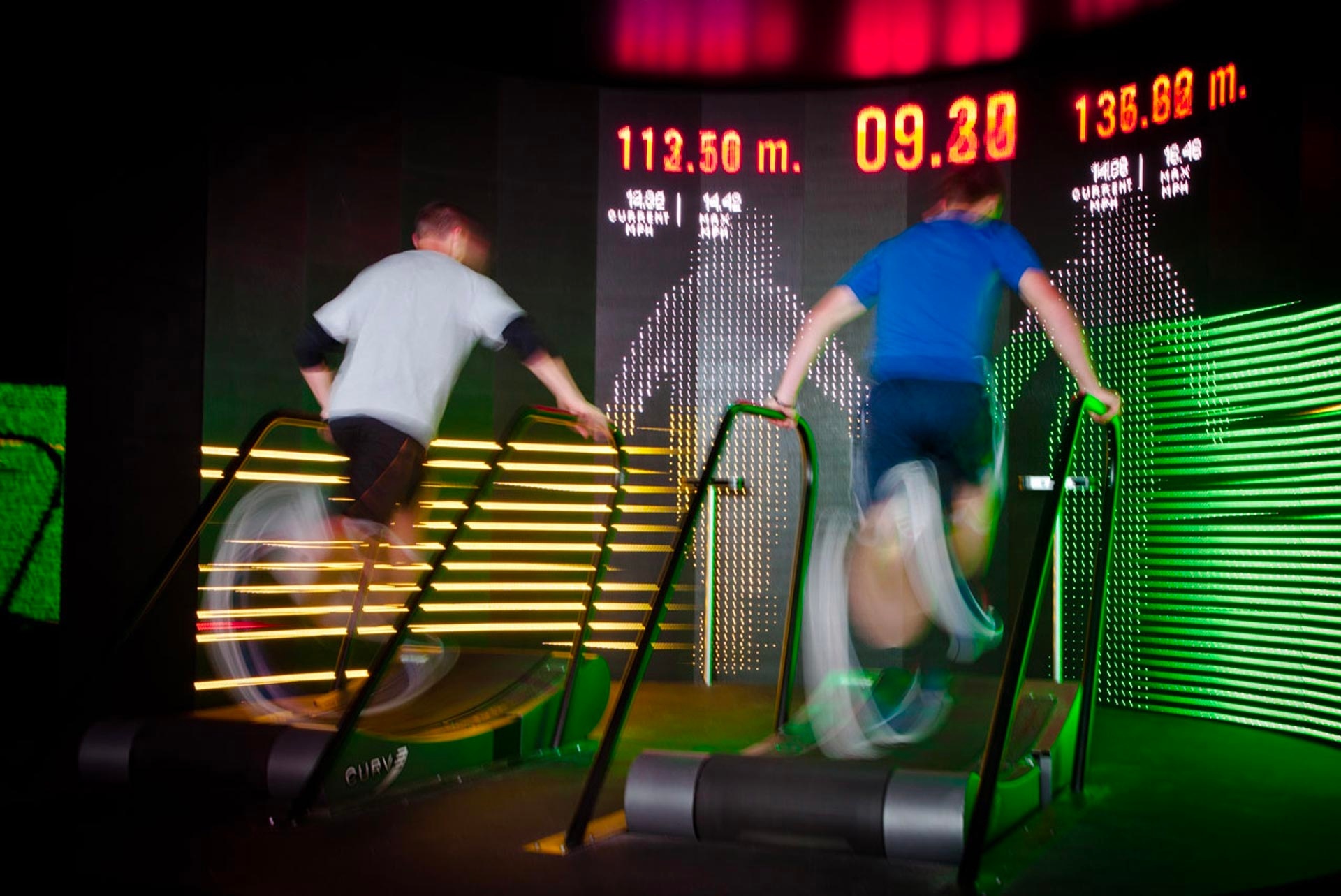 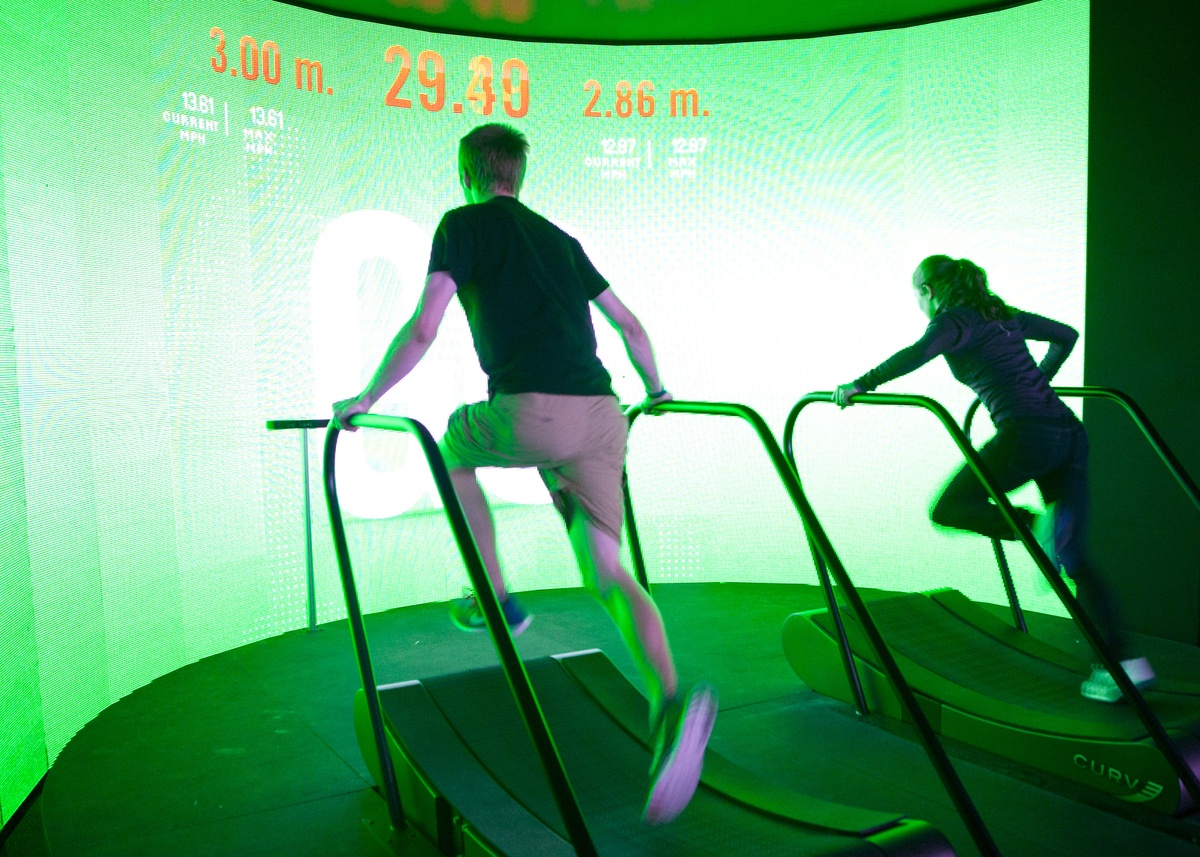 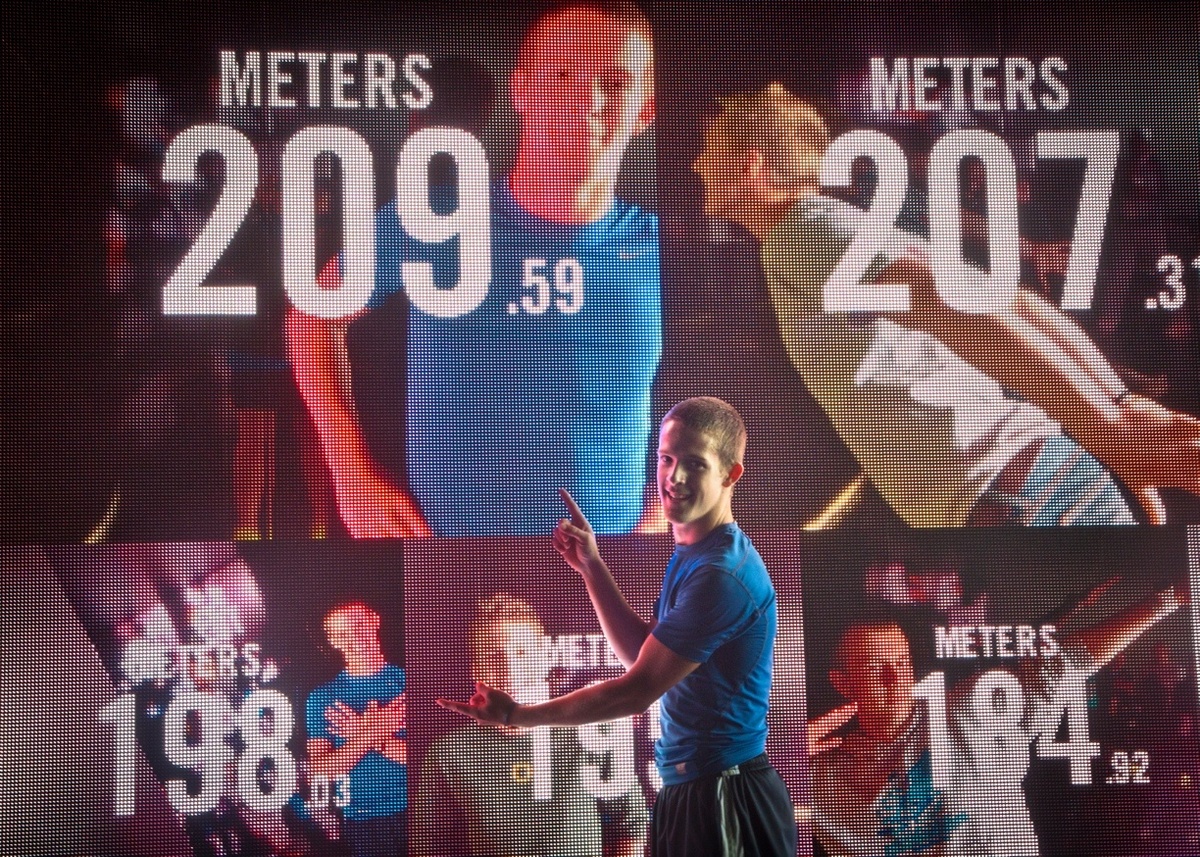 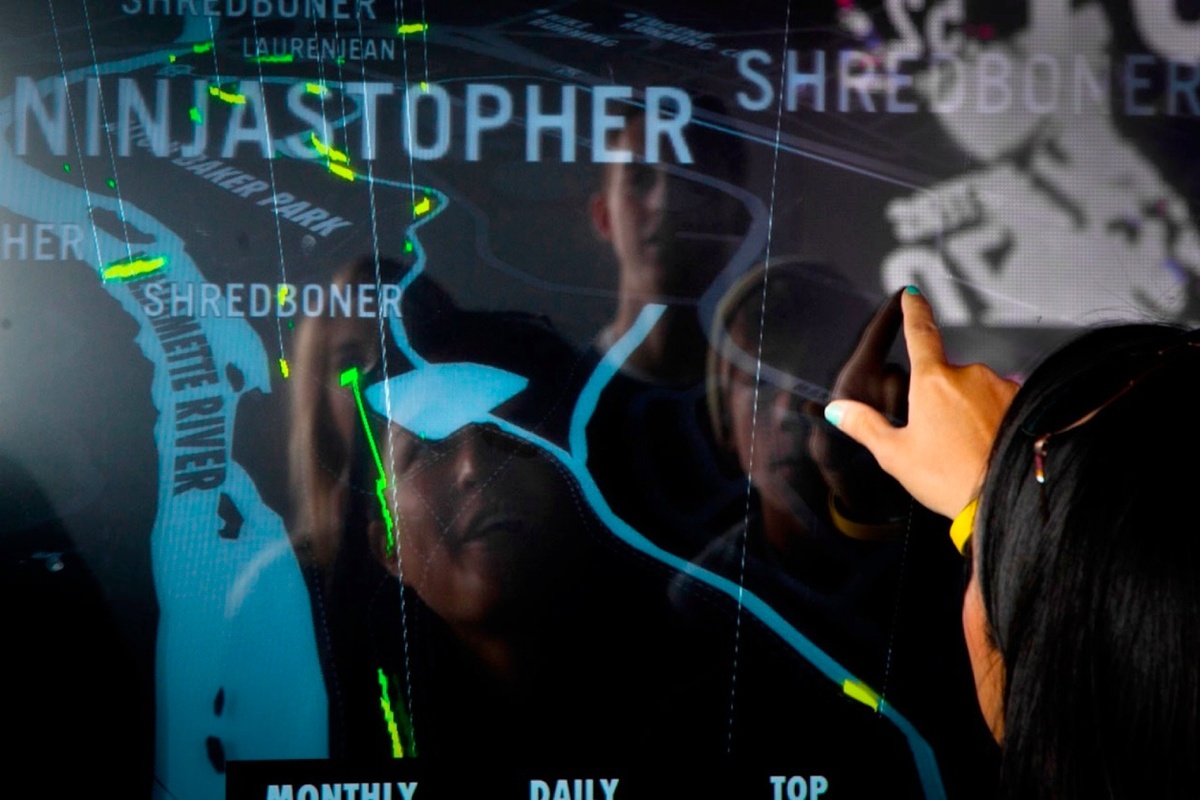 Extending the Impact of Experience Globally

The impact of Camp Victory signaled the potential for Nike to evolve and scale these never-before-seen brand experiences. In the years that followed, we developed the Nike running data visualization into a fully realized digital product. It became a featured experience in more than ten Nike retail flagships worldwide, each focused on the competitive spirit and products of the hyper-local running community. Additionally, we evolved our head-to-head running game, which became a core experience at Nike running events in Canada, Russia, Japan, China and beyond where group competition, latest product innovations, and digital social sharing galvanized a competitive customer base. 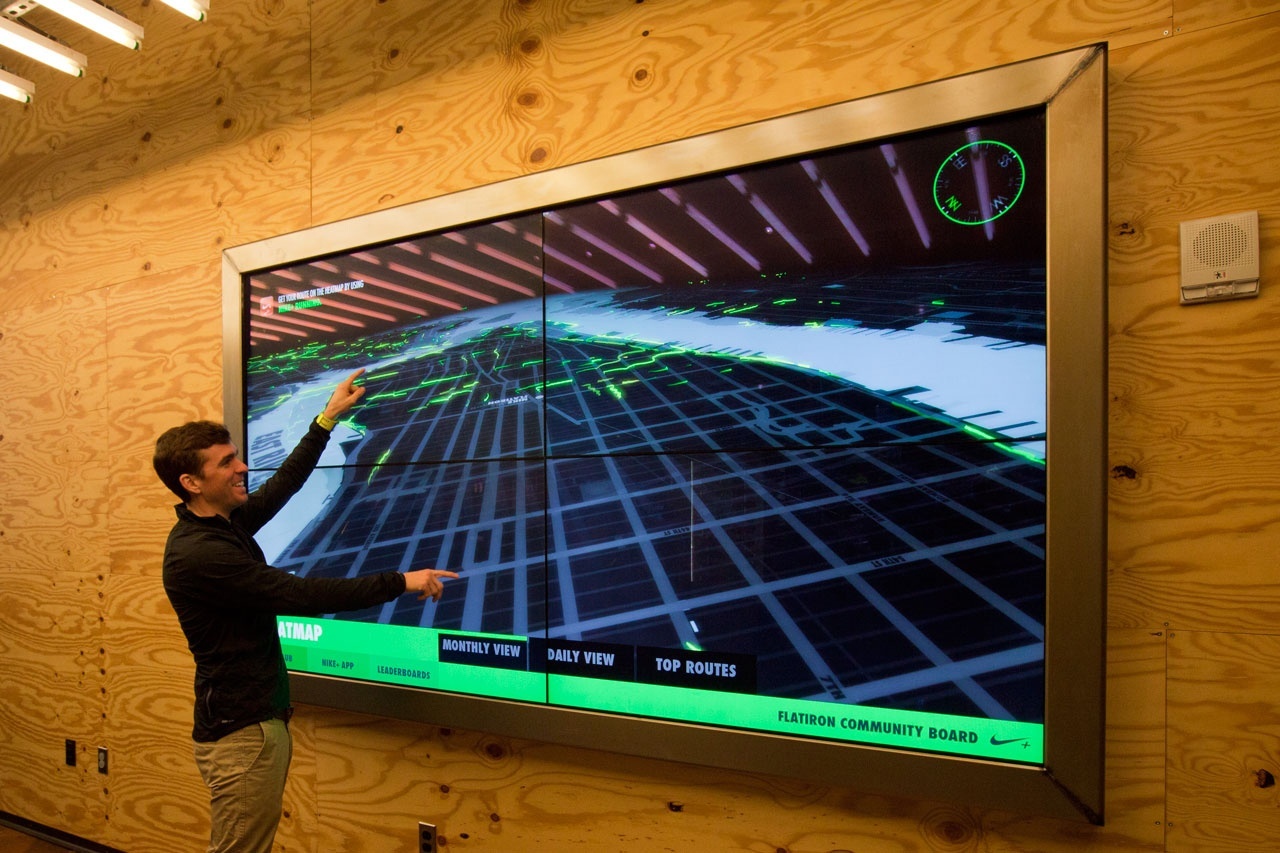 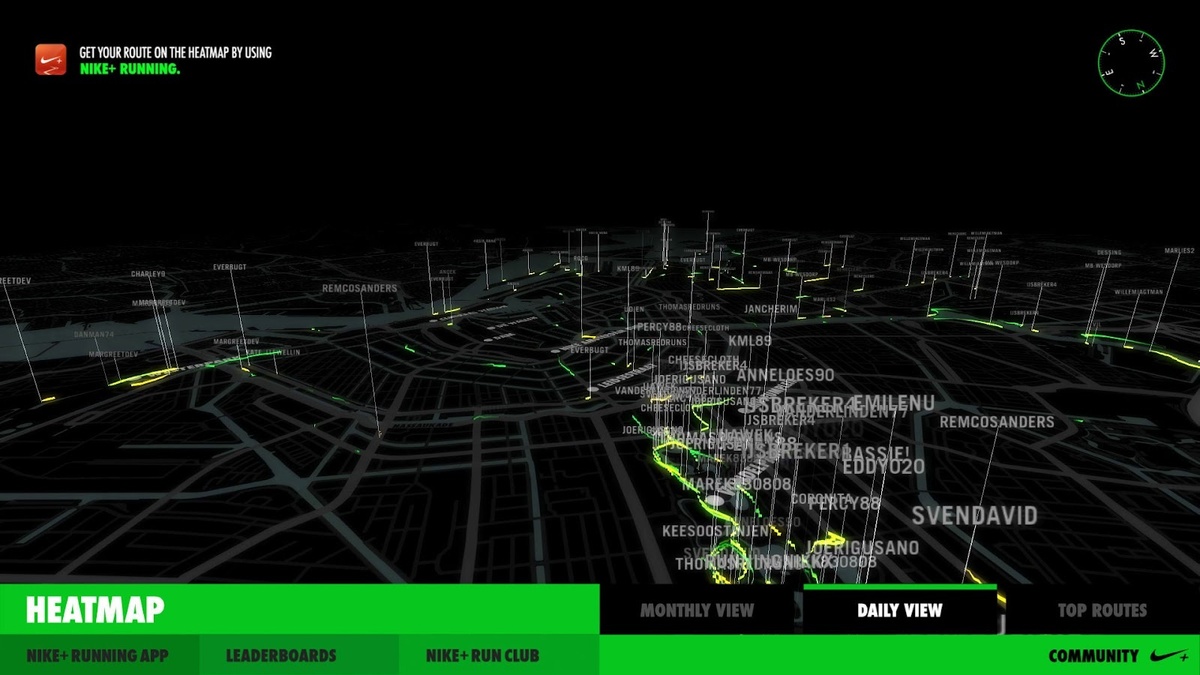 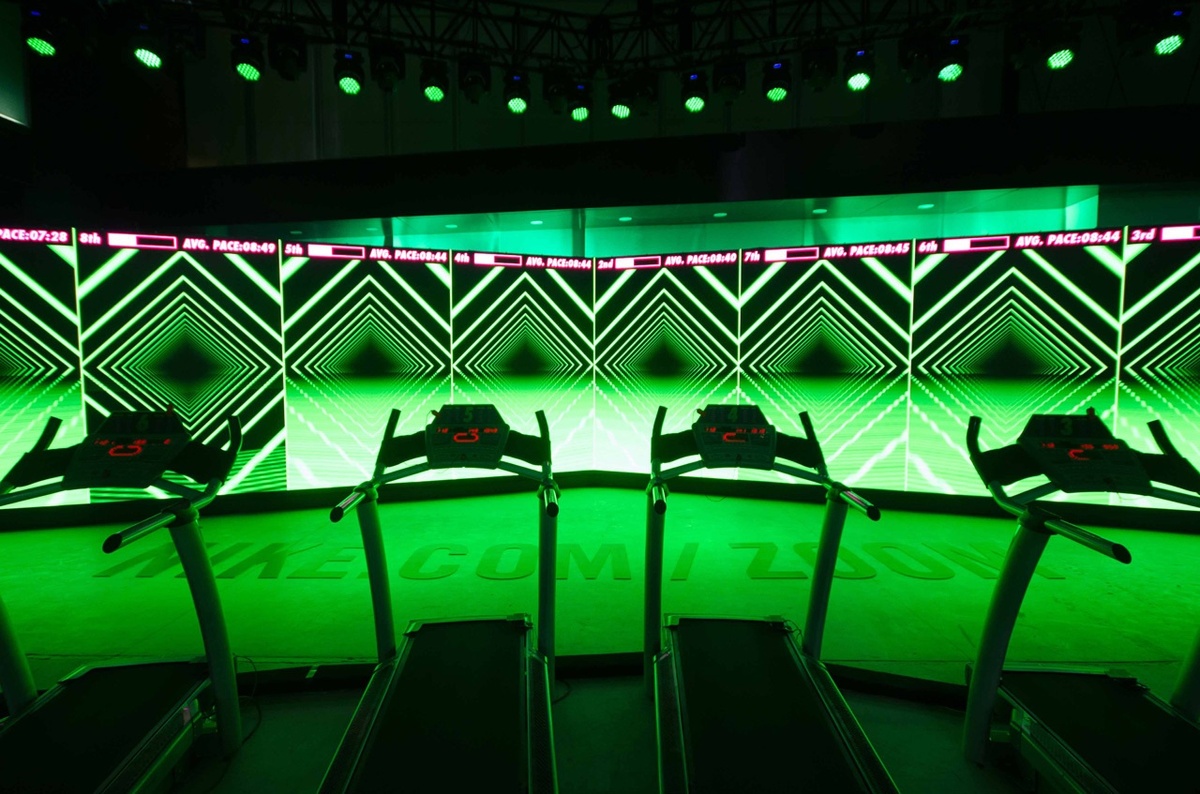 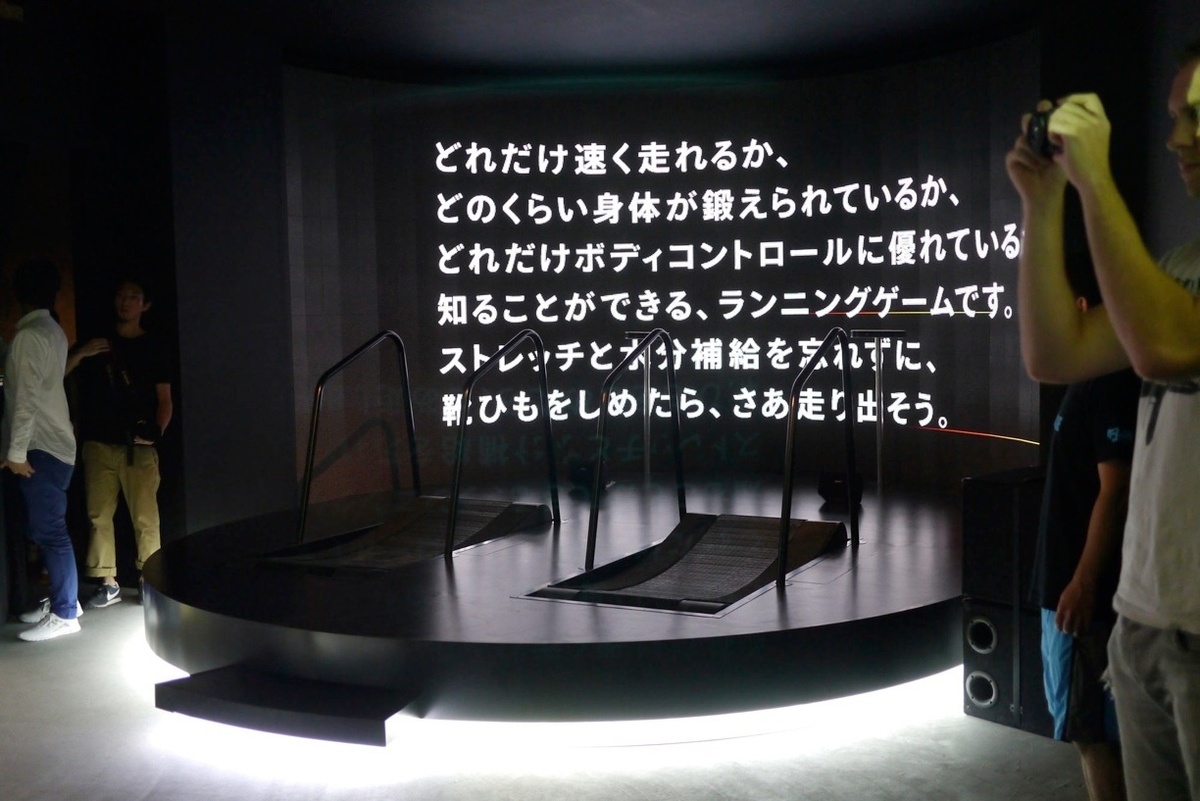 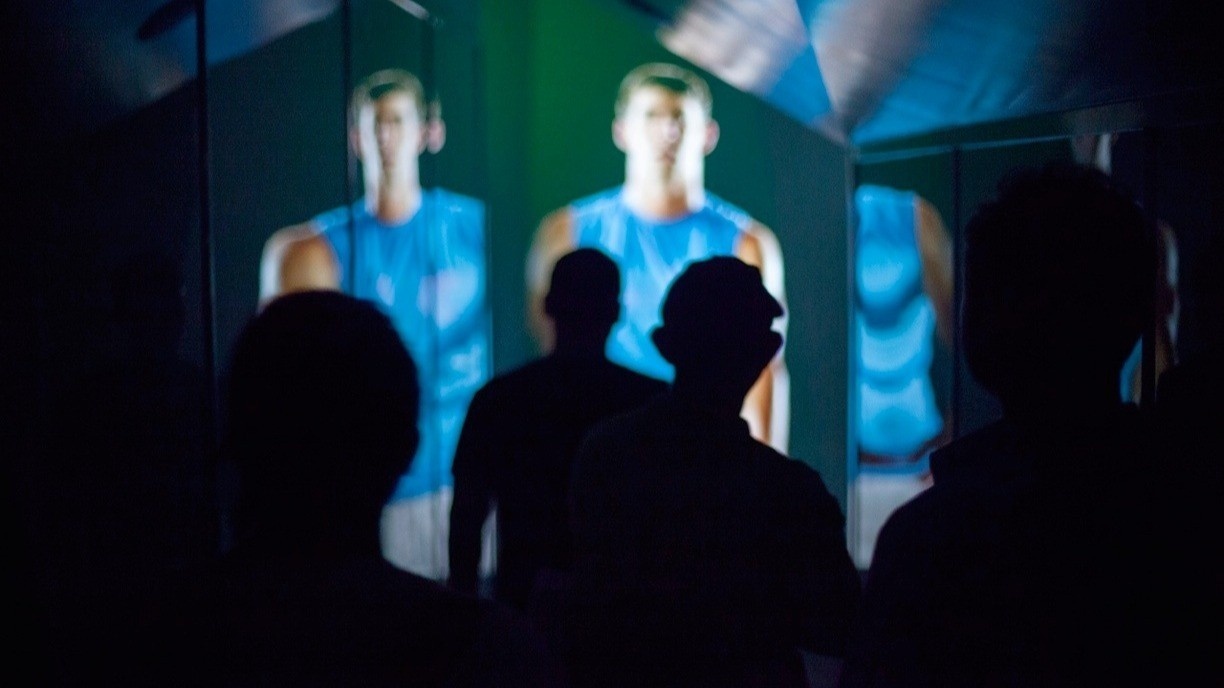 Taking Under Armour into New Territory

With a desire to expand its global footprint into Asia in the most impactful way, Under Armour approached us to create a retail concept in Shanghai that invited visitors to experience the biggest, boldest expression of the brand’s ethos–and barely sell a thing.

Explode into the Chinese market with an immersive brand destination that transcends cultural barriers and differences by being rooted in high impact, sensorial effects. Explore unorthodox uses of visual and sonic media, digital technology, and minimalist merchandising to focus on brand storytelling with a universal appeal.
Contact